British Rally driver Rhys Yates will be looking for a “realistic” result at the Renties Ypres Rally (22/23 June) in Belgium, despite making history with an overall victory at Rally Van Wervik last week.

The 24-year-old driver from Chesterfield elected to warm-up for the forthcoming Prestone MSA British Rally Championship (BRC) qualifier with an outing in Wervik and was rewarded with a start-to-finish win, the first British driver to take the top spot on the event in its 42-year history.

The BRC makes a guest appearance at one of the most highly regarded events in Europe and Yates will take his Brettex backed Skoda Fabia R5 to Ypres as he juggles a European and British Championship campaign. There, he will join some of the best drivers in the business to tackle over 278km of special stage action spread over two days and utilising the closed public roads across the region.

He will join World Rally Championship regulars Thierry Neuville and Christian Ole Veiby in the quest for the prestigious title of Ypres Rally winner but realises that repeating last weeks victory will be a tall order.

“Ypres is a totally different ball game to Wervik and the competition will be so much tougher, so I have to remain realistic about my chances this time around,” says Yates. 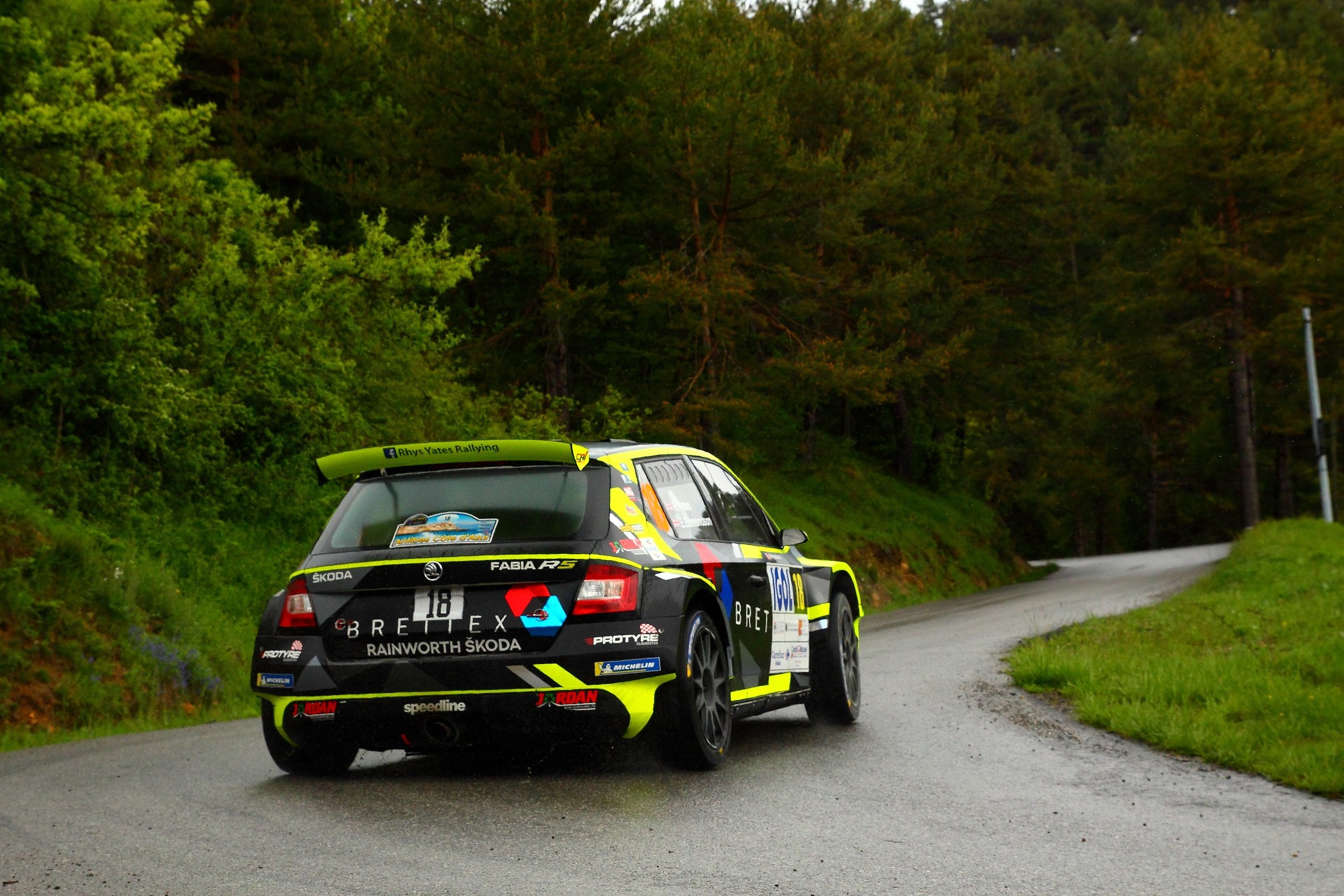 Rhys Yates has progressed on all surfaces this season
– Click to download high res version –
“I am in a good place right now and everything feels great both in and out of the car, almost to the point where the times we are setting is a very natural process. That’s how I need to look at next week as well and although there may be a bit more pressure after Wervik, I really do have to go at my own pace and see where that puts us after day one”.Yates and co-driver Elliott Edmondson have enjoyed a successful start to the season, despite Yates having to acclimatise to the new-for-2018 Skoda Fabia R5. Impressive results in the ERC round in the Azores and a runner up-position at the opening round of the BRC on gravel were complemented by a solid result in France at the Antibes Côte d’Azur Rally.

His continued progress this season has cemented his intentions for the remainder of the year as the switch to a sealed surface is welcomed. Whilst another rally win is not out the question, Yates has admittedly set the bar a little lower thanks to the competition that is heading to Ypres next week.

“I do prefer asphalt and I feel much more at home when competing on tar,” says Yates.

“But a quick scan of the entry list tells me right away the pace out front is going to be insane and to a certain degree, it will be silly to go and chase that from the first stage. I’d love to see a top five overall result at the end and I can’t see any reason why I won’t be looking for maximum British Championship points in the process.

Going to Wervik was vital for me to hit the ground running in Ypres. No matter what happens, I`ll be doing my very best out there for myself, Elliott and the team.”