Twenty-five-year-old rally driver Rhys Yates continued his impressive run of form behind the wheel of his Brettex Skoda Fabia R5, by taking seventh overall on his debut in the French National rally series at the Antibes Côte d’Azur Rally (19th/20thMay).

Competing against some of the best asphalt rally drivers in the sport, Yates and co-driver Elliott Edmondson would tackle stages more commonly used on the legendary Rallye Monte Carlo. Despite having never driven on the daunting cliff edge lined roads before, Yates secured an impressive result against much more experienced competition.

The Chesterfield driver has enjoyed a buoyant start to his 2018 season and is proving the switch to a CA1 Sport run Skoda Fabia after three years in a Ford Fiesta R5 has been the correct choice for his progression. Yates kicked off the year with third place in the Under 28 category of the FIA European Rally Championship on the Azores Rally in March.

His winning ways continued in Scotland with third overall on the Speyside Stages which was used as a warm up to the opening round of the Prestone MSA British Rally Championship in Carlisle. There, he bagged a career best result of second place to ensure both the European and British Championship hopes are well and truly still alive.

Yates would head for the hills in the south of France in a bid for more asphalt rallying experience as the season shifts to a run of sealed surface events. The event would see the top line French rally championship competitors line up for the second round of their season which included several World Rally Championship regulars.

The special tests around the Alpes Maritimes region are some of the most famous in the world, utilising stages such as the Col de Turini with super-quick sections of flat out driving mixed with hairpin turns that wind up and down the side of the mountainous area. 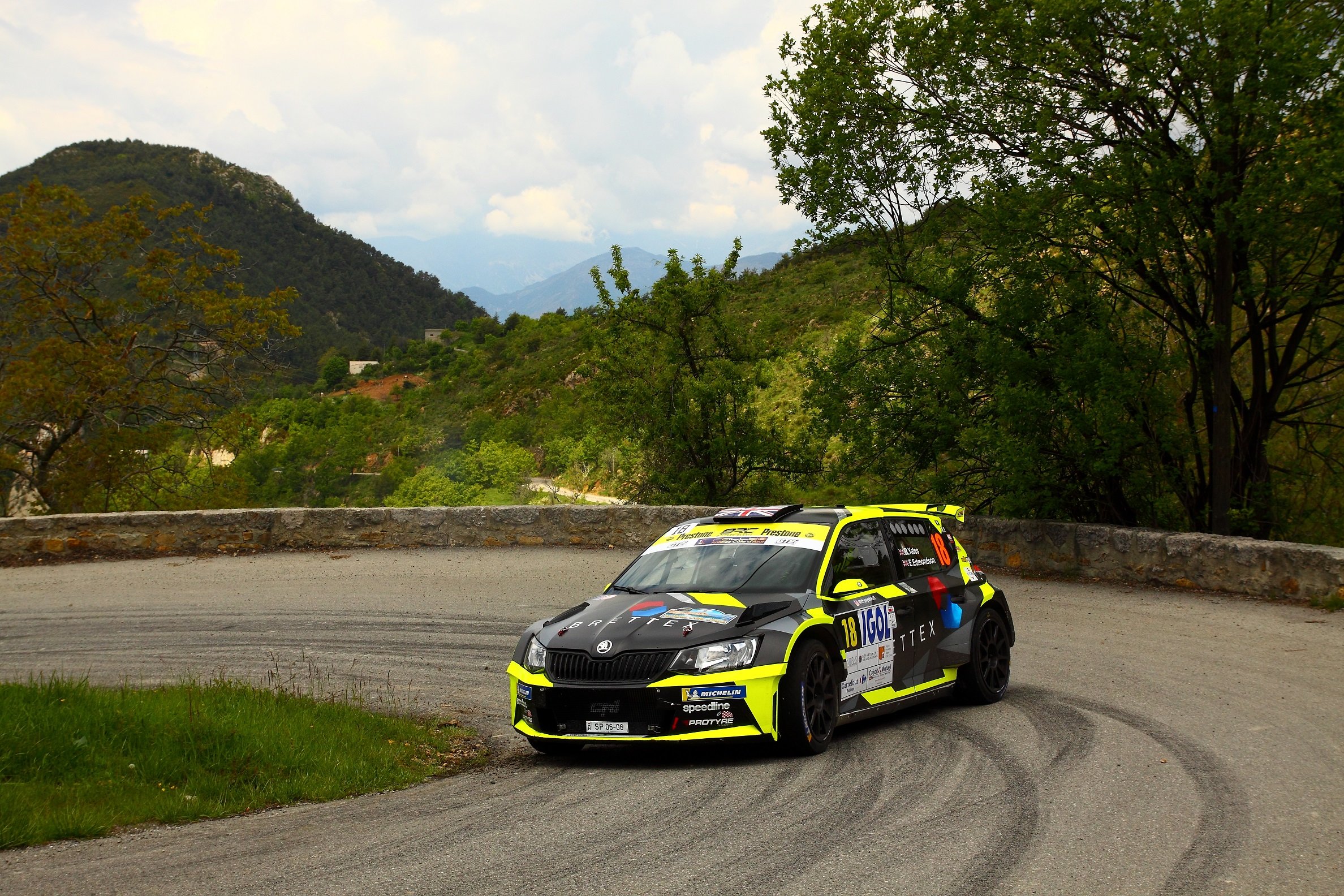 Rhys Yates was on form in France – Image credit: MKN Photos
Despite an understandably cautious approach to the rally, Yates would set tenth overall time on the opening test to set a benchmark for the remainder of the two-day event. And he would never fall outside of the top ten all event long. With his confidence building in the unpredictable conditions, Yates would end the opening leg in seventh overall and there he would stay for the final day to record an inspiring drive on his French rally debut.

“It really could not have gone any better this weekend and everything about the event was pretty near perfect from my point of view” he said.

“I had very little expectations going to the event and I knew the level of competition in the French series is just as impressive in the UK, but some of these guys have been doing it for a very long time. To go into stages that I’ve never even seen before and be less than a second a kilometre behind the likes of Bryan Bouffier shows that I`m heading in the right direction.”

Yates would make sure that he took full advantage of the conditions to gather more data for the remainder of the season.

“Sometimes when you are really pushing for positions or podiums you don’t have the courage to try different things, but I used the event to do just that. When the rain came down on Saturday we changed tactic and tried something new. I just learnt so much in that one event and that’s exactly why I went there. I didn’t feel like I was pushing too hard and it felt comfortable all weekend so to be contesting stages of that nature for the first time and in seventh overall, it was certainly a successful weekend all round.

I need to keep learning and keep this momentum up for the next championship round now which will be the Ypres Rally in Belgium. We have entered Rally van Wervik in a fortnight as a test event beforehand just to dial into the roads again, but I`m really encouraged by my progression this season”.

All images credit to MKN Photos

No rest for Yates as BRC heads to Wales

Rally star Rhys goes around in circles… and loves it