It has been a dream start to the 26-year-old’s career in the World Rally Championship, taking fourth place on his maiden outing at the legendary Rallye Monte Carlo in January. Despite the unpredictable conditions on the stages in the south of France, Yates returned a mature drive to set his stall out early for his 2019 campaign.

However, the tightly packed ice and snow-laden stages of Rally Sweden would offer a new challenge and aside from a short test in Scandinavia ahead of his British Rally Championship campaign in 2017, Yates would be contesting a full “snow” event for the very first time.

After a brief test on the Monday morning, the Englishman would be thrown straight into the deep end on Thursday night with a super special stage for the fans in Karlstad. Stopping the clocks fifth fastest, Yates was shocked with his time.

“I’m pleasantly surprised with how the first stage has gone and our shakedown time was good as well,” he said. “But it’s nowhere near what the stages will be like for the rest of the weekend”.

The challenge came throughout the following three days with over 315km and 19 special stages of high-speed driving ahead. Whilst the temperatures were low, there was some unseasonably warm weather in store, which turned the traditionally thick ice-packed stages into gravel, meaning the stud-equipped Pirelli tyres would struggle to find grip on the surface.

Eager to ensure more points for his WRC2 campaign, Yates elected to manage the risks and only push when the surface allowed. His approach worked over the opening day, ending the leg in 12th. 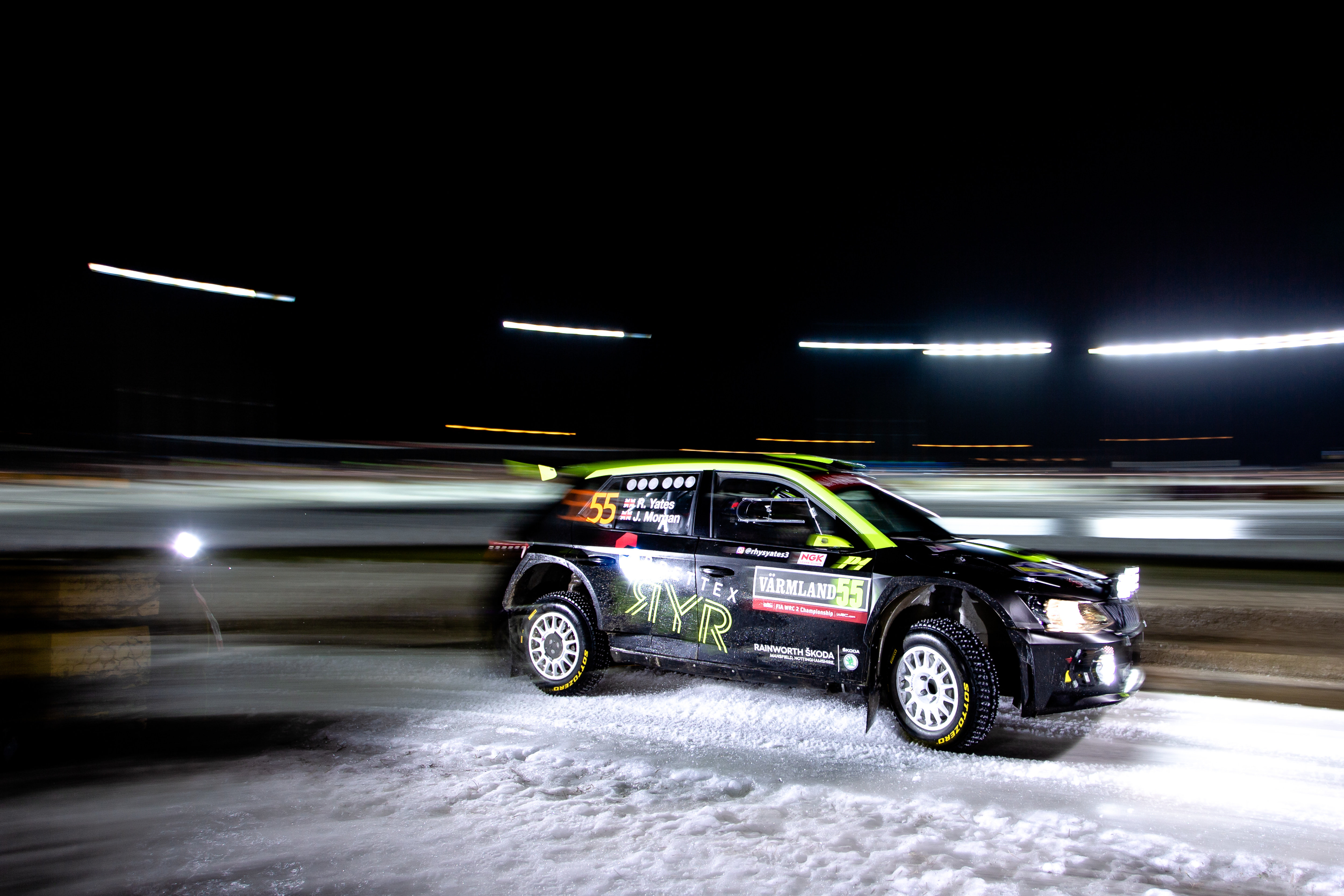 Learning how to adapt to the conditions with each passing stage, Yates continued to hold onto his position through the second day until the 14th test – Vergasen2. With the snow banks eroded away by the front-running crews, Yates was caught out by a deceptive corner and slid wide, nudging a tree and putting the Skoda off the road. Thanks to the eager crowds, the car was extracted but with four minutes lost, Yates would need to make sure the remaining two stages offered a clean run.

The final day offered the first “real” test on ice and snow and Yates immediately felt more at home in the conditions, setting some impressive times over the closing three stages of the event to finish tenth. He was delighted at the result and his Swedish debut.

“I have to say I have loved every minute of this rally,” he said at the finish.

“I’m really happy with the result and more importantly my pace this weekend. You know there are guys in front of us who grew up driving on snow and ice and when the conditions were right and the confidence came, we started to get within a second a kilometre from the WRC2Pro guys.  Snow events don’t really suit my driving style, but I managed to adapt during the weekend and tenth is a great result”.

His result now means he lies sixth overall in the WRC2 category heading into Tour de Corse at the end of March.

“If you said to me at the start of the season that I`d be sixth after round two I would have bitten your hand off” he explains.

“Monte (Carlo Rally) and Sweden are some of the toughest events on the calendar and its not just about driving, it’s about learning the conditions and what to expect on every stage, a huge challenge. Now we can focus more on the driving element in Corsica as it shifts back to asphalt so I`ll feel a little more at home”.

Strongest showing yet as Rhys leads the Brits in Belgium

Rhys gets real to help bring rallying back to life