Chesterfield rally driver Rhys Yates is aiming to keep his British and European Championship hopes alive by contesting both the Ulster Rally (17/18 August) and the Barum Czech Rally Zlin (24-26 August) in the same week.

The 26-year-old Brettex backed ace will ensure his hopes to claim Prestone MSA British Rally Championship title are still alive by heading to Northern Ireland in his own Skoda Fabia R5 which he has used to great success during the 2018 season.

But Yates also has one eye on the Under 28 Junior honours in the FIA European Championship and has worked hard to ensure he can tackle the Czech Republic based event which takes place immediately after the Ulster Rally by signing with the Kresta Racing outfit to drive one of their own Skoda Fabia R5’s for the event.

Run by World Rally Championship legend and ex-Skoda factory driver Roman Kresta, the team will look after Yates for the three-day, all-asphalt event which offers over 215km of special stage action in the unique and bumpy closed roads south of Prague.

Yates has enjoyed success in both championships so far this season and remains optimistic on his chances both at home and further afield. But with the British and European rounds running on successive weekends, he would need to find a solution to the logistic issues between the two rallies.

“I’ve have been looking at this clash for a little while now and once I knew we still have a mathematical chance in both championships I had to find a way of doing both events,” said Yates. 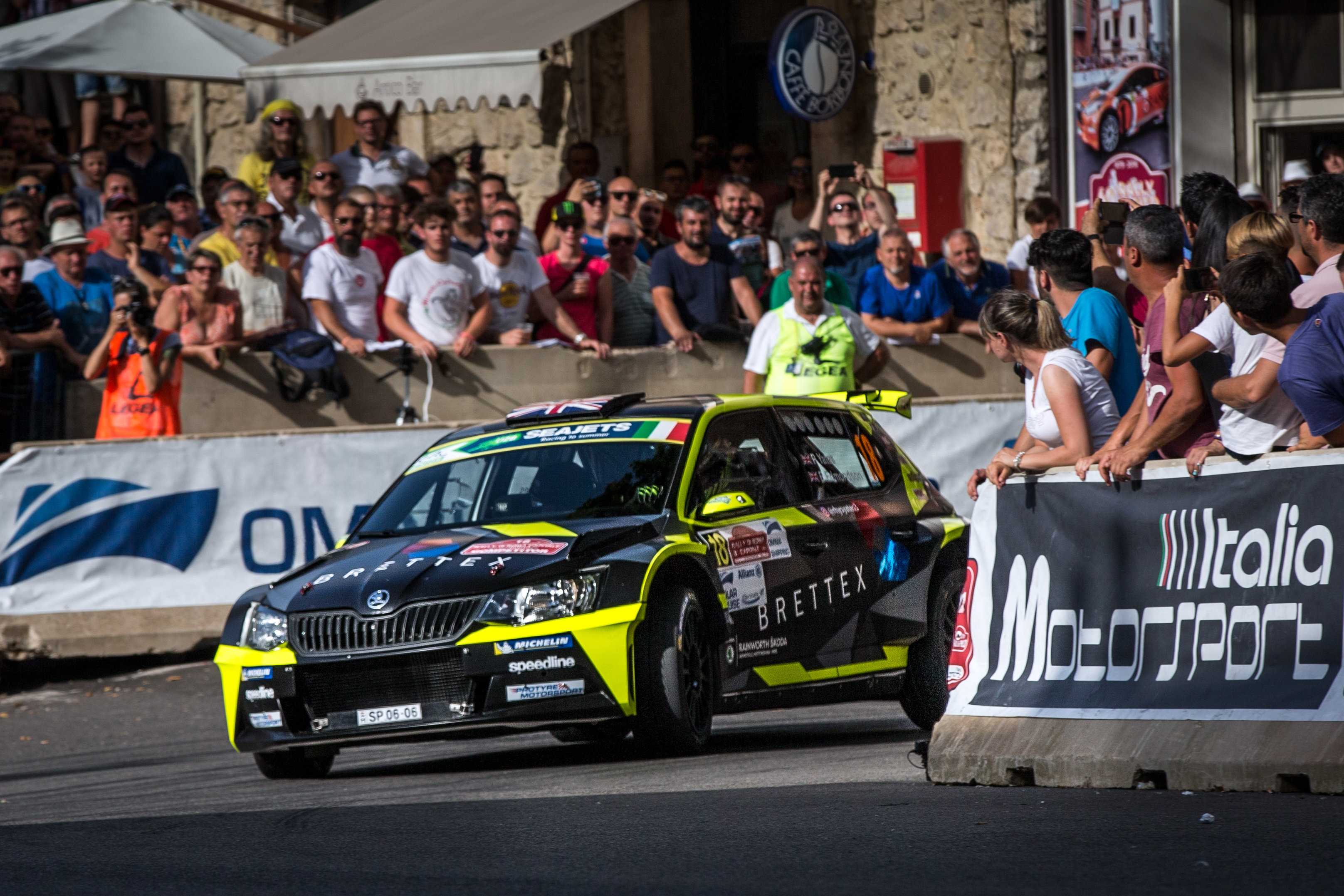 “It was going to be pretty impossible to get the car from Antrim to Zlin in time for a decent shakedown and we have been lucky enough to work out a great deal with Roman (Kresta) and his team to drive one of his Skoda’s. I`ll be using my own car in Ulster run by CA1 Sport and jumping on a plane pretty much as soon as the rally is over”.

With Elliott Edmondson unavailable due to other commitments, Yates will be joined by James Morgan for the British Championship qualifier. Morgan has previously sat with Yates on the Plains Rally in Wales and will stand in for Edmondson who returns for the Barum Rally the following week.

Yates is in a buoyant mood ahead of the trip to Northern Ireland having contested several high-profile asphalt events in Europe during the past few months. His experience proved fruitful, taking his first overseas outright win at Rally Van Wervik in June. He believes that his development in driving style and confidence will have a bearing on both events in the coming weeks.

“I’m certainly in a much better place now with my driving than I have ever been and the last few overseas events have certainly contributed to that,” he says.

“I’m hopeful of a good result in Ulster and I need that to keep my championship hopes alive, but I’m most certainly aiming for a top three. Its always going to be tough against the local drivers but having the right attitude from the outset will help. It’s a tricky rally and unpredictable really but I have the focus I need to get the right result.”

Barum will see Yates’ first outing in a Kresta Racing Skoda and is upbeat about the partnership for the event.

“Its certainly the right package for the rally and it will be interesting to see how we go out there. Its another rally I haven’t competed on, so it will be difficult to be on the pace from the word go’. But I`ll certainly be dialling into the experience of the team to make up for that so it should offer us a good chance to have a go at the Under 28 Junior honours”.

Yates stuns in Scotland ahead of BRC campaign