Competing against some of the best rally drivers in the business, Yates and co-driver Alex Lee battled over two gruelling days of flat-out driving across the forests and closed roads of Epynt Military Ranges in the heart of Wales.

Just a fortnight after securing fifth BRC contender home at the Ypres Rally in Belgium, Yates was eager to take his form to Wales at the weekend.  The event provided one of the toughest challenges of the season with the opening leg consisting of 44 miles of gravel tests in the forests of Halfway and Crychan, followed by over 70 miles of military asphalt roads on day two.

Yates stamped his intentions on the time sheets from the off, setting fourth fastest time over the opening Monument test and as he acclimatised back to the gravel, Yates found a comfortable pace over the super-fast stages. With the only issues being a spurious warning light and low hanging dust which hampered all the leading crews, Yates would take no risks to end the leg in a solid sixth spot.

Historically, Yates has always shown a good turn of pace on asphalt and the second day of the event would offer him the chance to shine.  However, the Epynt ranges have a worldwide reputation for biting back, with many top drivers getting caught out by the blind crests and undulating roads.

The opening stage of the day would be the longest at over 10 miles and Yates made an impact from the off, making up one place to fifth.  As the leaders fell by the wayside Yates found himself in third spot and as the stages progressed, so did his confidence. He pushed the Michelin-shod Fiesta to several top four stage times during the morning’s stages. 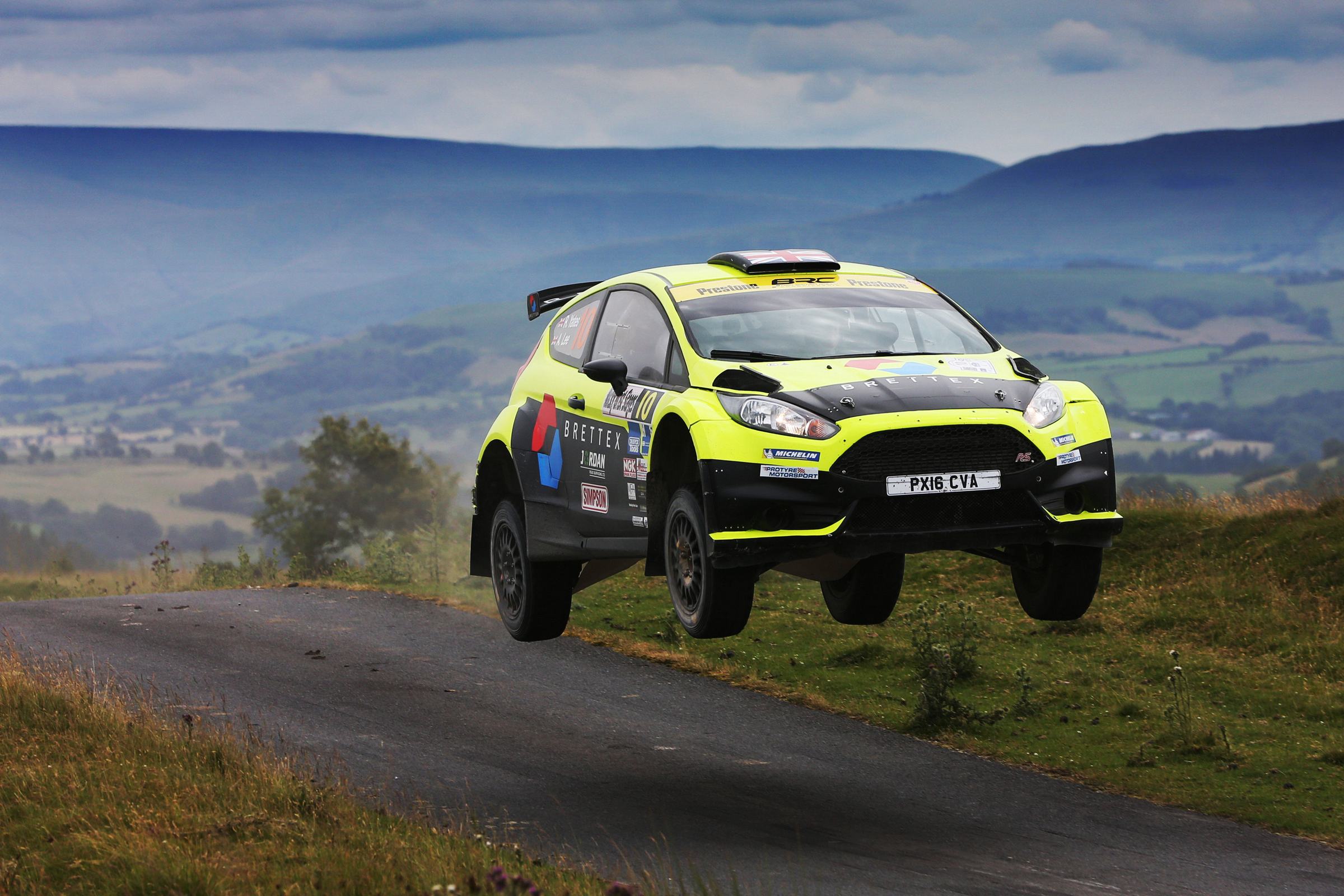 The gap to fourth was a slender one however and he would need to be at the top of his game to stay ahead of the more experienced crews behind him. As the stages passed by Yates held his ground and despite the pressure, pushed the Brettex Fiesta to its limit to cross the finish line of the final test in an impressive third overall, by almost four seconds.

A jubilant Yates and co-driver Lee returned to the Builth Wells ceremonial finish to spray the champagne in front of the waiting crowds.

“It’s been a fantastic battle all rally long with some of the best guys in Europe, so to come away with my first ever podium result in a tough event like this is such a buzz,” says Yates. “It feels like a win to me”.

“You know, when you think I started the season we were looking at how many minutes away we were from some of these guys and now it’s down to seconds and tenths of a second, it shows how my pace has progressed this year. We set some great times and it gives us a nice little confidence boost for the next rounds.  All credit to the team for a faultless car and of course Alex who jumped right in this weekend. It’s been a perfect event”.

With a break of over five weeks, the Championship returns in August for the Ulster Rally in Northern Ireland where the series continues on asphalt for the final two rounds.

Yates ready to battle for BRC podium in Ulster