Chesterfield rally driver Rhys Yates is all set to tackle Britain’s round of the FIA World Rally Championship (WRC) next week and has one eye firmly fixed on the Prestone MSA British Rally Championship (BRC) title at the Dayinsure Wales Rally GB (4th-7th October).

The Brettex backed Skoda Fabia R5 pilot will head to one of the biggest motorsport events in the UK with an outside chance at taking the British honours, as it offers two points scoring opportunities, spread across the arduous and challenging four-day route.

Nothing less than a win will do for Yates and he will face some of the best drivers in the business as the World Championship lands in Deeside near Chester. Elliott Edmondson will join Yates in the co-driver’s seat for the challenge ahead.

The 26-year-old has enjoyed two British Championship podiums so far this season, with a career-best second overall in Carlisle at the beginning of the year. Selected outings in the FIA European Rally Championship (ERC) have also shown promise, with an impressive turn of speed enabling him to secure an Under 28 Junior podium in the Azores.

Now, his focus will shift back to the British title which joins the World Championship crews to tackle 23 stages and a whopping 318 kilometres of competitive driving. Third place on the tarmac roads of Ulster in August has meant Yates will need to win both rounds in Wales next week and is certainly up for the fight. 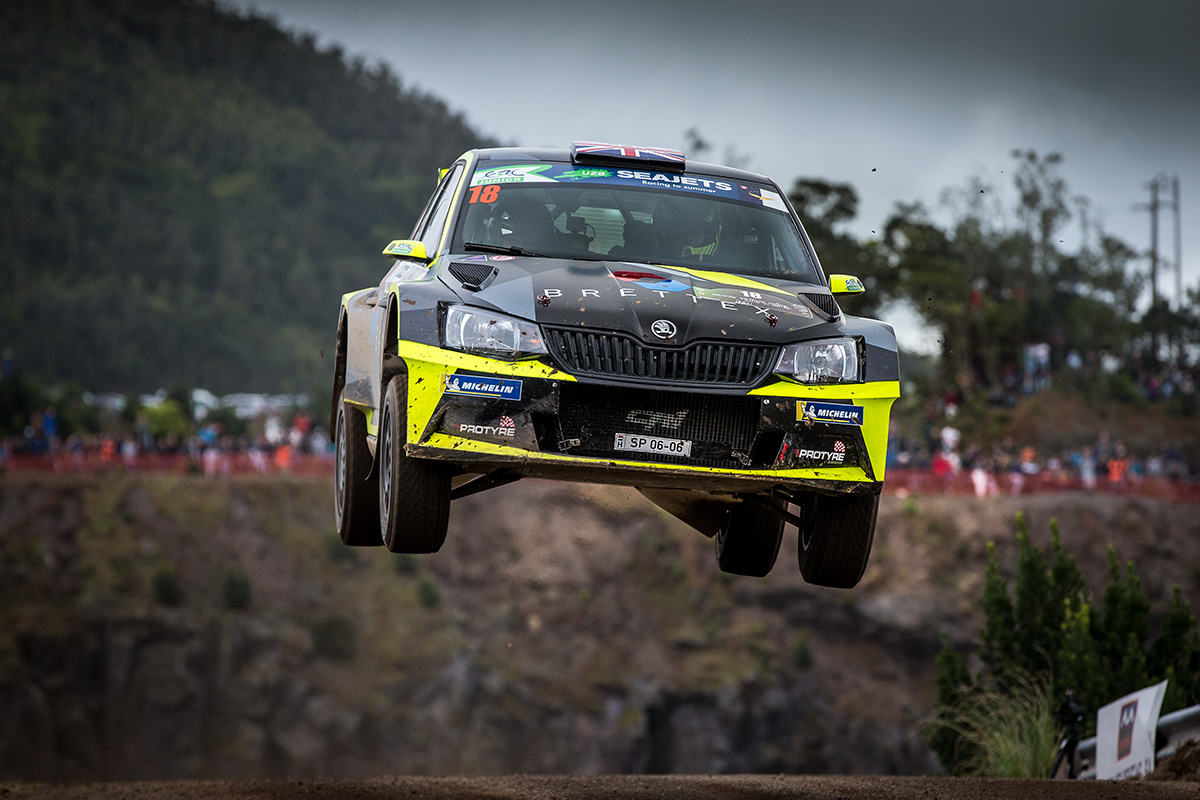 Yates plans British Championship push – Image credit: Josef Petru
– Click to download high res version –
“I know it’s an outside chance of taking the title but I didn’t commit to the championship to be happy with third or fourth,” says Yates.

“We know that in rallying anything can happen and my approach to the event won’t be any different to any other really. We need to go out there and win and if nothing else it will be a great way to round off the British Championship when you are mixing it with guys in the WRC too”.

To be in with a shout of the title Yates will have to win both rounds, the first of which is taken after the second leg on Friday and nine special stages. The second points opportunity will come after crews cross the finish ramp in Llandudno on Sunday afternoon.

Wales Rally GB is considered one of the toughest events in the WRC calendar and 2018 marks the first time the event has been a counting round of the British series in 10 years. It will mark Yates’ third attempt at the event with his best result being in 2016, with 11th in the WRC2 class.

This year, his plan is two-fold and as well as his British Championship assault, Yates is looking to compare his times to the WRC contenders and secure a worthy result in the R5 category.

“I’m pleased with my progress this season especially in the ERC and the events that I have tackled in Europe” he explains.

“Most of those I’d never contested before so coming back to Wales Rally GB is a confidence boost for me as I have done many of the stages before. It’s really going to be tough to be near the top of the WRC crews as their pace and experience is insane. I have to remember that it’s only the first full season in the Skoda too. But I’d like to think we can have a push and see what happens.”

Yates will be constantly assessing his tactics throughout the rally.

“We do have the BRC title to think about so the plan will be to review our position after the first loop of stages on Friday and go from there. Either way, it’s going to be a very exciting rally and its great to be competing in front of a home crowd, the atmosphere will be fantastic.”

Wales Rally GB kicks off with a short Super Special Spectator Stage on Thursday night around Tir Prince before crew’s head into the North Wales forests for eight stages on Friday. Saturday offers nine tests in the heart of the country before Sunday’s short blast of five stages rounds off the event. This also includes two blasts around Great Orme which concludes with a spectacular closed-road section around the streets of Llandudno before a champagne podium finish on the Promenade.