Chesterfield rally driver Rhys Yates kicked off his Prestone MSA British Rally Championship (BRC) campaign in emphatic style by taking second overall and his best ever result in the series at the Pirelli International Rally on Saturday (28th April).

Driving his Brettex backed Skoda Fabia R5, Yates enjoyed a “dream start to the season” to set fastest time on the final two stages of the event in Carlisle, snatching second place and beating a multiple British champion in the process.

His result surpasses his third place at the Nicky Grist Stages in 2017 and puts him into his strongest ever position as the BRC season begins to gather pace.

The 25 year old would head to the Carlisle based event to begin only his third season in the British Championship and for the first time, would contest the series in a new car. Yates has campaigned a Ford Fiesta R5 for the last two seasons but has made the switch to a Skoda for 2018.

The transition has been a successful one and with a closed season testing programme and podium place at a warm up event in Scotland last week, Yates would begin his BRC assault with confidence.

The eight-stage event would take place entirely in the notorious Kielder forest complex with over 80 competitive stage miles ahead of the 60 crews. Its blind crests, car eating ditches and high speed sections are all well documented, having claimed many champions in the past and having respect for the stages would be essential to nett any kind of worthy result.

A healthy British Championship contingent headed out into the stages on Saturday morning all eager to take first blood on the opening round of the season. 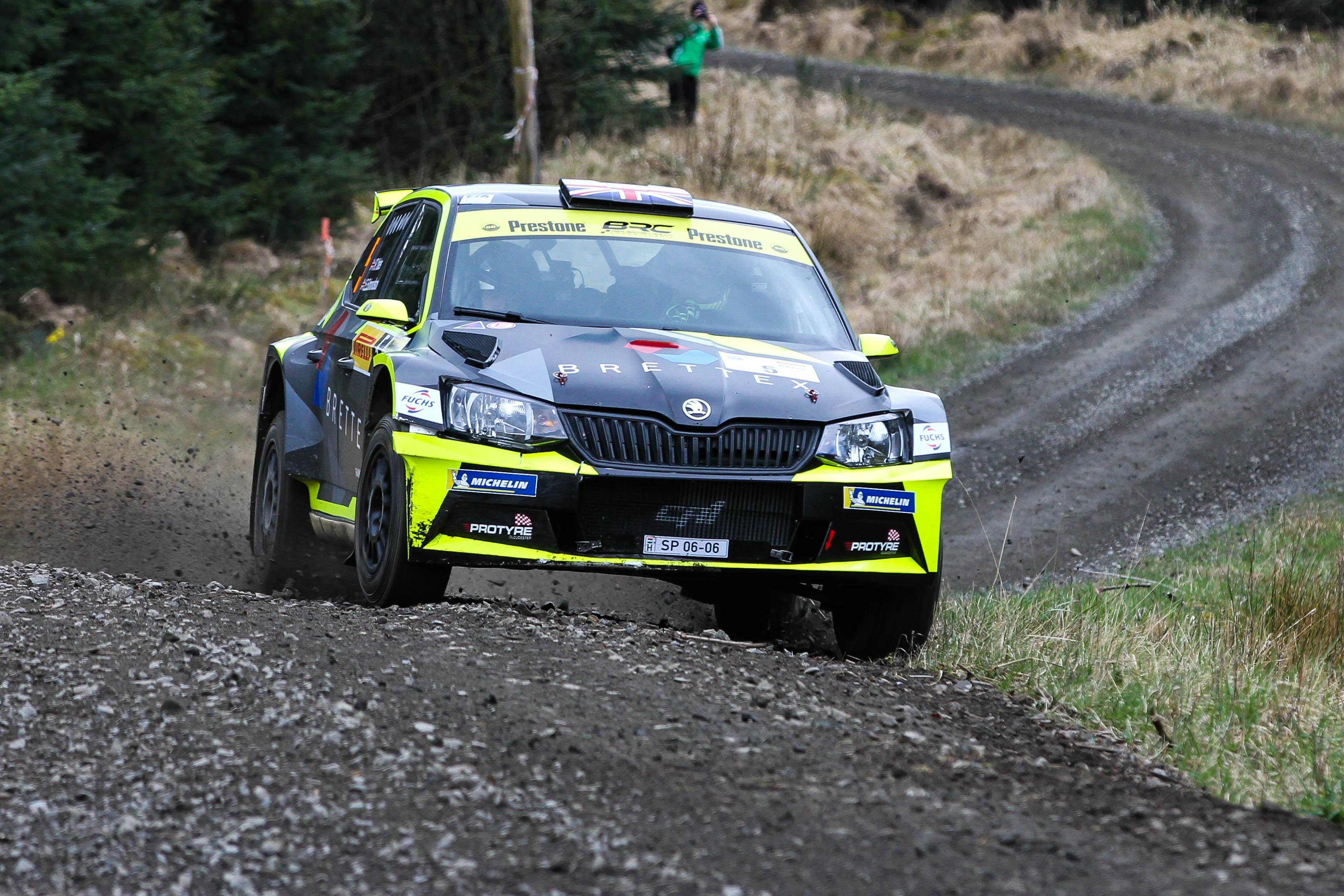 Yates and co-driver Elliott Edmondson set their stall out early with third fastest over the eight mile Pundershaw opening stage, but only 0.2 secs down on second spot. Proving that his pace was no fluke, Yates was second quickest in stage two to sit second overall behind four-time BRC champ Keith Cronin.

Thanks to the fast and flowing nature of the forest, chicanes would make up the significant architecture of the special tests and on the longest of the event; Yates would lose valuable time with a spin on a tight junction on the 15 mile stage.

With almost 20 seconds lost to the leader, Yates would drop back to third overall at the half way point of the event but was still pleased with the marked progress on his 2017 pace. A brief service halt allowed time to re-coup and a fresh approach for the afternoon loop soon saw the return to his earlier turn of speed.

Yates headed into the final test of the event two seconds behind Cronin and would need to have the best stage of his life to overhaul the Hyundai driver. Yates didn’t disappoint, stopping the clocks not only three seconds faster than Cronin, but quickest overall to take his first BRC stage win and best ever result.

“This really does feel like a win” said an elated Yates at the finish podium.

“I really would have taken third place this morning, actually I think I would have taken fourth to be fair so to come away from the first round of the British Championship in second place is fantastic. That final stage win was really important for me as well and to do it under pressure makes it even sweeter. I knew the gap to second was just three seconds or so and I just thought; we need to keep pushing here and it just worked out. It’s been a perfect weekend and a dream start to the season”.

Yates now heads to the South of France in mid-May for a one off entry in the second round of the French Championship. This is valuable experience for the next round of the British Championship in Belgium, competing on some of the fastest and flowing stages based in Monte Carlo.

The series now moves onto asphalt in May, where crews will head to the closed road Ypres Rally in Belgium and Yates believes he remains in a strong position.

“This car is awesome on tarmac and I probably rate myself slightly better on that surface too so hopefully we can keep building on today’s result and keep the momentum going forward throughout the season. “

Best ever result for Yates at BRC opener