Chesterfield rally driver Rhys Yates made sure his return to the British Rally championship was worthwhile, by equalling his career best result in Carlisle to take second place at the Pirelli International Rally on Saturday (27th April).

Yates used a break in his World Rally Championship WRC2 campaign to make a comeback to the British series and did so in fine style, taking an impressive runner-up spot on his first foray onto a gravel surface this season in his RYR Skoda Fabia R5.

The 26-year-old and co-driver James Morgan have enjoyed a buoyant season on the worlds stage, enjoying fourth place at the legendary Rallye Monte Carlo and fifth spot in Corsica. His dream start to the season currently sees him in sixth place in the WRC2 championship but without an event until the end of May, Yates was looking for seat time on the gravel.

In stark contrast to the WRC events he has tackled this year, the Pirelli Rally was much more of a sprint event, taking in only six stages and 60 miles during the day. This would leave little room to make up any lost time so the pressure would be on to settle into a rhythm straight away. 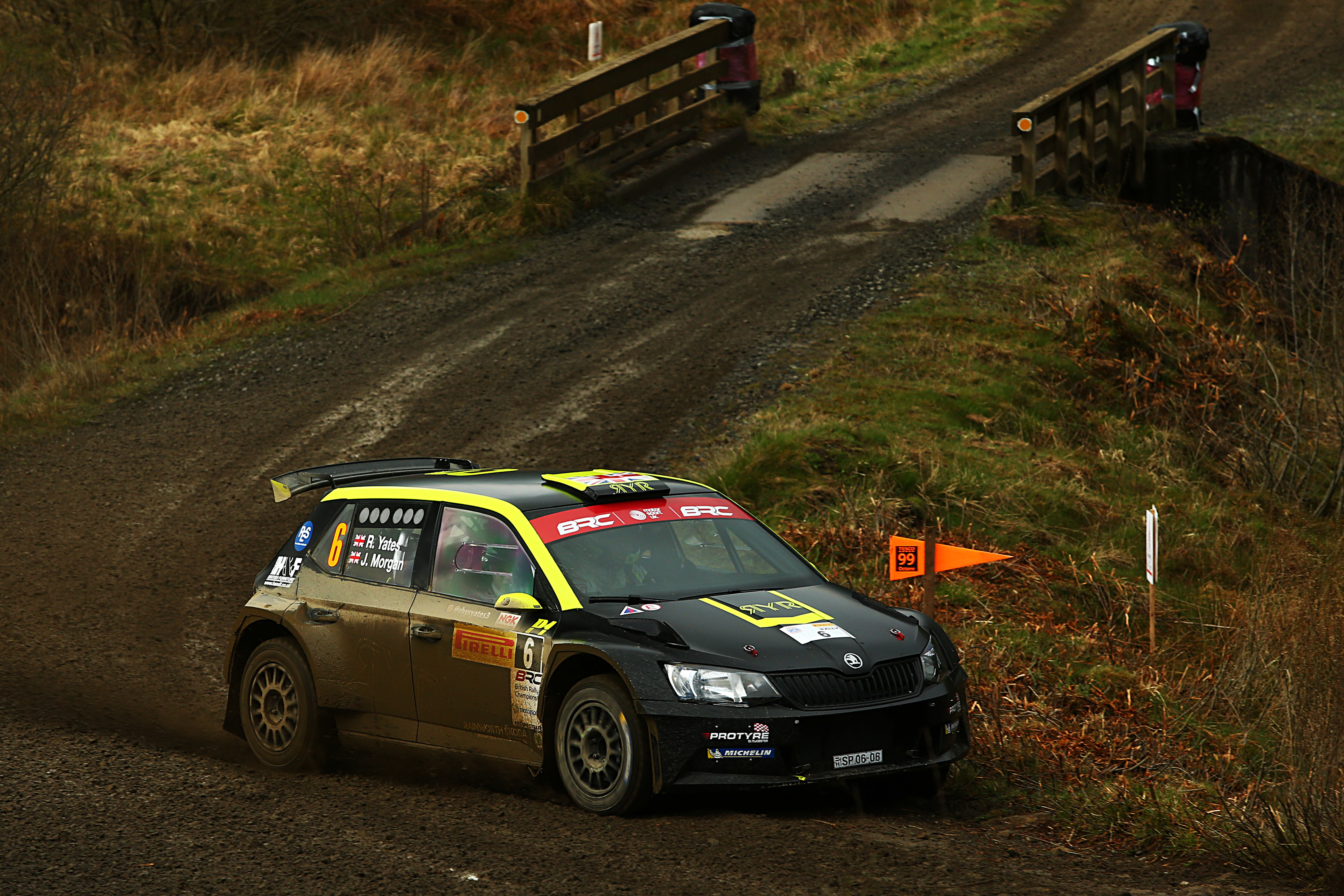 Kielder is renowned the world over for its unforgiving ditches and high-speed straights but Yates proved that the challenge suited his driving perfectly, opening his account with third fastest through the first stage of the day. He repeated that result through the longest stage of the event to maintain his podium position, but reserved his best for the third, taking fastest stage time overall.

His consistency paid off, moving from third to second at the halfway point of the event, enjoying his 2019 gravel debut more and more with each passing mile. Conditions would prove challenging through the afternoon loop of stages, heavy rain and even hail was added into the mix to make the treacherous stages even tougher going for the crews.

But Yates showed no sign of slowing, firing in second fastest times through the remainder of the day to take a rewarding second place.

“It’s been a really good day and totally trouble-free which is a perfect way to return to the BRC” he said.

“We had set ourselves some objectives before we came and we achieved all of those which is pleasing, but the main goal was get dialled back into gravel before Portugal next month. That said, I’m competitive so I wanted to do well, and we were interested in comparing our pace from last year to this year. The BRC has moved up a level but so have we and to come here and take second is a really positive result. I`m looking forward to returning to the WRC next month with some good gravel form under our belts, it’s been a great weekend”.

Next up on the World tour will see Yates heading to the rough and undulating gravel stages of Rally Portugal at the end of May.