In only his second season in the Prestone MSA British Rally Championship, Chesterfield rally driver Rhys Yates put in an impressive performance during both points scoring opportunities at Rally Isle of Man (14-16 September) to end the year in fourth overall in the championship.

Yates took his Brettex backed Ford Fiesta R5 to fourth spot in both legs of the arduous three-day event, to become first Englishman home in the prestigious series. Guided by Andrew Roughead, Yates would end the season on a high after a tough season in the seven-event championship.

Despite two non-scores during the year, a career-best third overall at the Nicky Grist Stages in July marked a change in Yates’ fortune and would head to the Isle of Man with an outside chance of ending the season on the podium.

This would rely on the front-runners in the series failing to finish and Yates adopted a sensible approach to the rally, sighting fourth as a realistic target for the weekend. He would also be selected by the CA1 Sport Team to score points in a bid to lift their title aspirations, such as the trust in his abilities on the island.

The event would take crews across 150 competitive miles on the closed public roads famed for its TT course and its “mini-climates” would ensure the weather would play as much a part in proceedings as the notorious Manx lanes.  The rally would be split into two points scoring opportunities with leg one ending at the midpoint on Friday, leg two taking in the remaining night stages and Saturday’s test.

Overcoming a lack of confidence on the opening loop, Yates soon settled into his comfort zone and returned a string of solid times over the night stages on Thursday and subsequent Friday morning tests to secure fourth spot in round one of two.

Staying out of trouble would be key for the remaining stages of the event and Yates duly delivered, putting in a mature drive over the closing stages to take another solid result. This ensured he could end the season with a career best fourth place in the standings, against some of be best drivers in the business.

“We really couldn’t have asked for more this season,” said an elated Yates. “A few years ago I wasn’t even rallying so when you look at the experience of those guys just a few points ahead of us in the championship it makes it all worthwhile. It really highlights the progression too which is equally as important for me.” 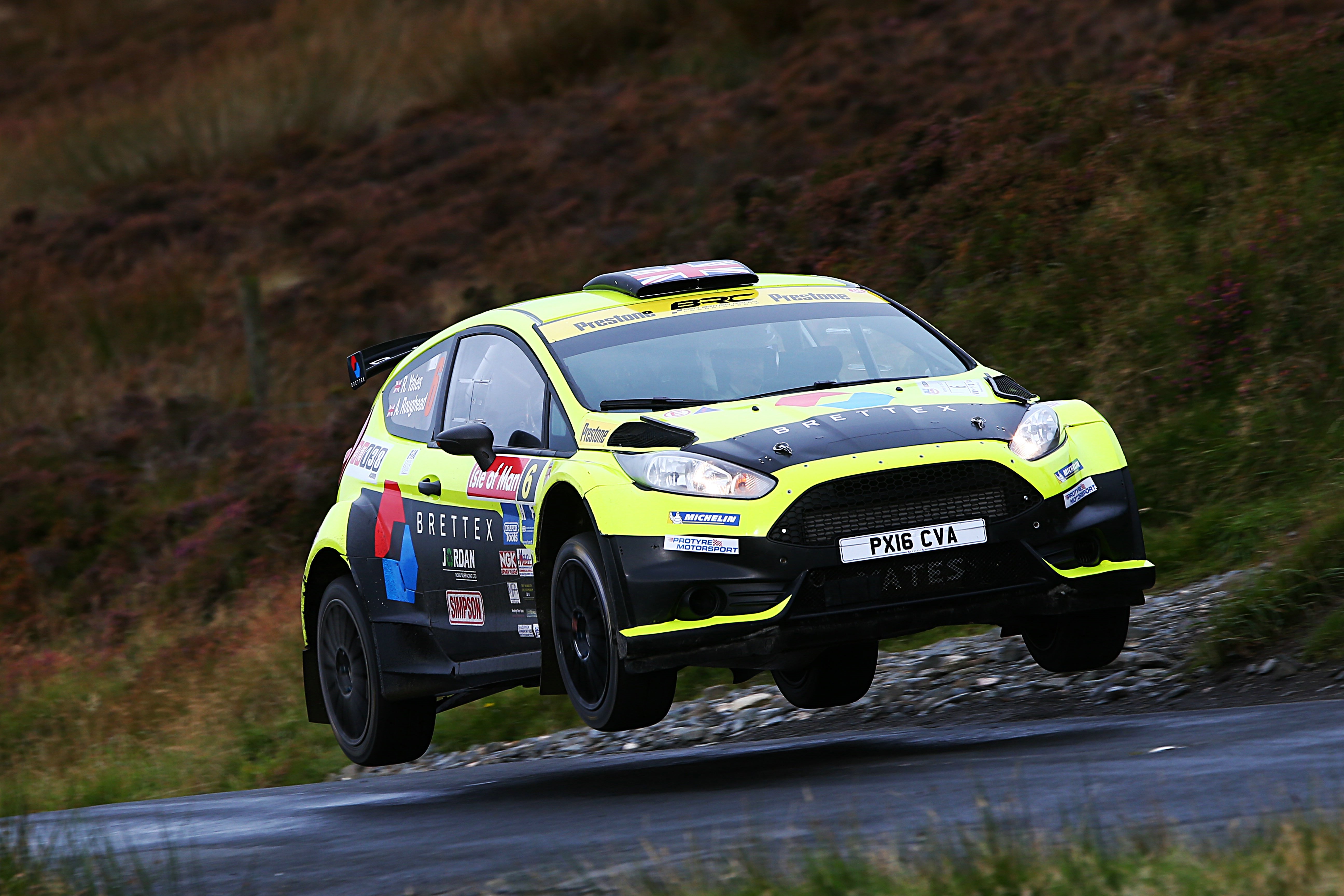 Yates believes he is constantly moving in the right direction.

“We are learning all the time and no matter what, we have to make our next move a better one than the one before. There is plenty more to come and the team have worked really hard for this one. It’s like a mini victory for us and when you think of the names that have contested this series before us, it’s an honour to be battling for the front-running championship positions. Huge thanks to Brettex and all my supporters this year. It’s been a blast”.

Yates will not have long to celebrate as he will now turn his attentions to his next outing, the FIA World Rally Championship qualifier, Rally RACC Catalunya Rally De España (Rally Spain) (5-8 October).

After contesting Wales Rally GB in 2016, the event will mark his inaugural World Championship outing outside of the UK and will take on the only mixed surface event in the series in his Fiesta R5.

One of the toughest on the World Rally Championship calendar, Yates is excited by the prospect of tackling the three-day, 300km adventure. Alex Lee returns to the co-driver seat after guiding Yates to his best British Championship result of the season at the Nicky Grist.

“This will undoubtedly be the biggest challenge that I have faced in my rallying career but I ‘m ready to take it on,” he says.

“This rally has everything and you really need to be at the top of your game to cope with what it is going to throw at you. Add to it, the pressures of a World Rally Championship round and it will be such an amazing experience”.

Best ever result for Yates at BRC opener

More performance, points and progress for Yates at Rally Sweden