Rhys Yates proved he is one of the most talented rally drivers in Europe by leading last weekend’s Rally Van Wervik (8/9 June) from start to finish, to become the first British driver to win the Belgian event in its 42-year history.

The Chesterfield ace fired his Brettex Skoda Fabia R5 into the lead of the rally on the opening stage and was never headed to win four of the event’s 12 stages, taking his biggest rally victory to date and in the process, maximum points in the Protyre MSA Asphalt Rally Championship.

Yates and co-driver Elliott Edmondson headed to the Belgian National qualifier in a bid to gain additional experience of the closed public roads in the region as a warm-up ahead of the next round of the Prestone MSA British Rally Championship, the Ypres Rally. Just a few weeks ago, Yates took seventh overall in his competitive debut at the Antibes Côte d’Azur Rally in France and was confident of a solid result on the super-fast Belgian closed roads.

The CA1 Sport run Skoda had spent much of the season in gravel trim after a trip to the Azores as well as the opening round of the BRC which took place on a loose surface. With the next handful of rounds of both the BRC and FIA European Rally Championship taking place on tar, Yates was eager to ensure he had the measure of the new-for-2018 Fabia on a sealed surface. 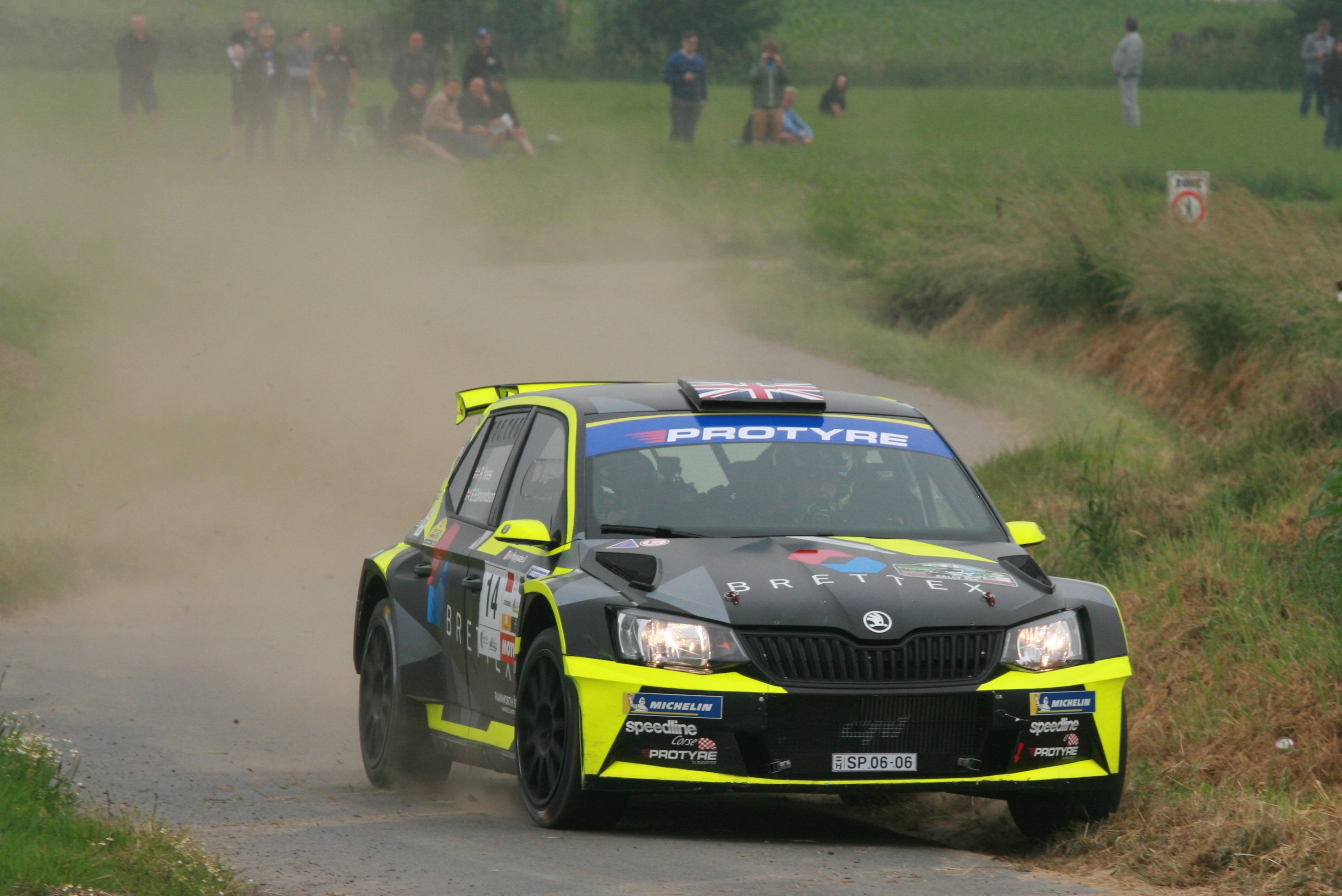 Rhys Yates made his mark in Belgium- Image credit: Protyre MSA Asphalt Rally Championship
– Click to download high res version –
If he needed convincing, then the opening stage time on Saturday should have reassured the Brettex driver, instantly taking the lead of the rally by 1.6 seconds to his nearest rival. That lead would continue to grow throughout the opening loop of stages and Yates would dominate the top of the timesheets to open up a 12-second advantage by the first service halt of the day.His significant lead was never rescinded and despite the best efforts of the local drivers, Yates was unstoppable on each of the day’s stages. Proving that he was as comfortable in the Skoda as he has ever been, Yates fired yet another fastest time on the final test to take his place in the history books, winning the event by over 40 seconds.

“I really didn’t expect to come away with the rally win but I’m delighted with this result, especially if you look at the experience of the locals over here,” said an elated Yates at the finish.

“I said before the rally that I wasn’t going to get involved in battles for results but when we emerged from the opening stage with the rally lead I really couldn’t believe it. Just look at that entry list; there are some very quick guys here this weekend”. 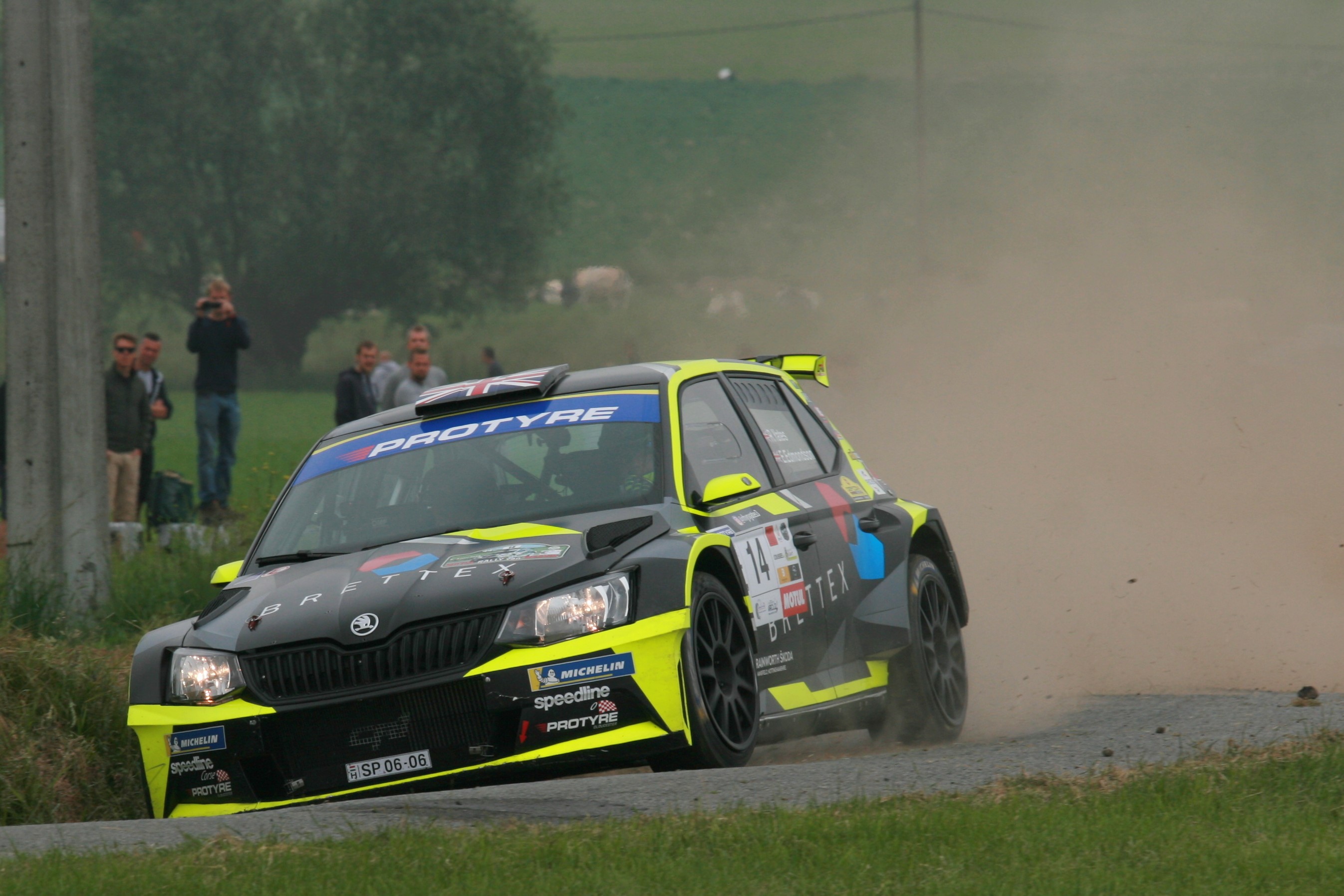 All eyes will be on Yates in BRC round next week- Image credit: Protyre MSA Asphalt Rally Championship
– Click to download high res version –
Yates is confident that his impressive pace is thanks to a relaxed attitude behind the wheel.“All year I have just wanted to progress and get quicker in the right way, getting that feeling in the car and getting to the point where everything is very much a natural move, and that’s just how it felt this weekend. There was no pressure, no risks and it felt one hundred per cent perfect. I’ve won a single venue rally back at home before but this really does feel like my first win. I must say thank you to Elliott and all the team for their support and I hope we can continue this pace into Ypres in just over a week’s time.”

More performance, points and progress for Yates at Rally Sweden